History of the Faculty

Psychology at Taras Shevchenko National University of Kyiv began in the spirit of the classical research institution. The first teacher of psychology at the University was prof. Orest Novitsky. а 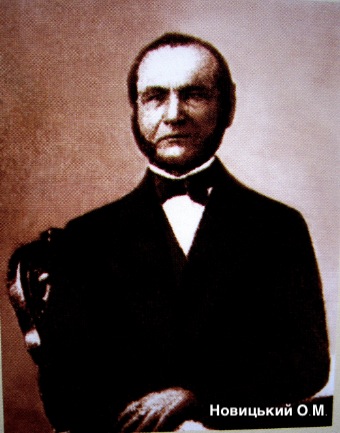 He was the first in Ukraine to write the textbook on psychology - "The Guide to the Experimental Psychology," which was published in 1840, six years after University was opened. Teaching the basics of psychology at the university begins with this textbook.

Since 1850 the program of psychological becomes a subject of preliminary verification and approval by the Holy Synod. In particular, on May 29, 1850, a conference of the Kyiv Theological Academy took place, the main issue of which was the development of programs of logic, psychology and moral theology courses for University. As a result, the programs of the first two subjects corresponded to theological disciplines. In particular, the teacher of experimental psychology and logic was prof. of theology Ivan Mikhailovich Skvortsov. Later, the trend changed, and until 1890s, a philosophically oriented course of psychology was taught and developed by Sylvester Sylvestrovich Gogotsky. 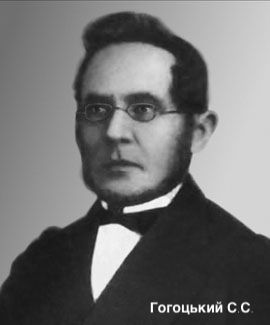 Thus, in the nineteenth century, the history of teaching psychology at the university was characterized by three main periods: the period of experimental, research approach to psychology, which sought objective knowledge and following periods of humanitarian-oriented psychology, which was strongly influenced by ideological ideas. (originally religious, and then philosophical)

At the end of the XIXth century, the university returned to the principles of empirical psychology. It was stimulated by the appointment of professor Georgi Ivanovich Chelpanov. He was the first who started the work of the laboratory of experimental psychology.

Along with the general psychological science at the Faculty of History and Philology, the Department of Psychiatry and Nervous Diseases functioned at the Faculty of Medicine. In 1885 Ivan Sikorsky became head of the department. He has made a great contribution to the development of general and pedagogical psychology.

Since 1910 the course of general psychology at the Kyiv University was taught by a talented philosopher, psychologist Vasily Vasilievich Zenkovsky. The peculiarity of his lectures was a close connection between psychology and "history of pedagogical studies". And, in general, they had the religious orientation. However, the approach to teaching psychology remained scientific, based on empirical, positivist methods of research. In order to attract attention of students to the latest research in psychology, Zenkovsky restores the experimental laboratory of Chelpanov, which, after transferring the latter to Moscow, is in decline. In 1917 the course of experimental psychology was added to the course of general psychology. 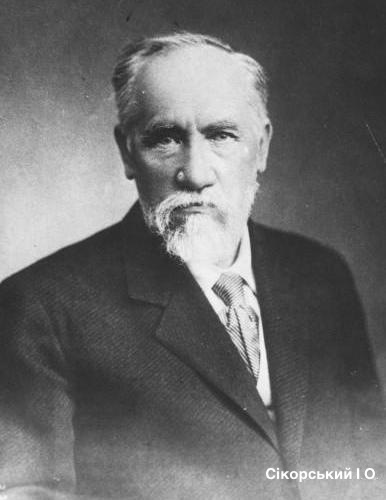 1920 completed the first period of psychological science at Kyiv University. Psychology at St. Volodymyr University was taught almost from the moment of its foundation at a high scientific level. At the end of the nineteenth century in Kyiv, the first experimental psychological laboratory of Russian Empire was created. It was based on the laboratory of W. Wundt. The classical traditions of orientation towards methodologically grounded, research-oriented psychological knowledge are inherent in this first period, and still remain the main reference points of education at the Faculty of Psychology.

In 1920 the role and tasks of psychology in higher education changed in accordance with changes in society after the October Revolution. Psychology was divided into two branches.

The first branch of psychological education development is directly related to the training of teachers (philological, historical and philosophical faculties). After reorganization of the University into the Institute of Public Education in 1920, courses of pedagogical and child psychology, psychology of labor (psychotechnics) were introduced. Of great significance were the so-called “high-level seminars” for students of senior courses and pedagogues-practitioners who wished to conduct research in the field of psychology. the participants of this courses and seminars later became the scientists and psychologists in higher education institutions.

The content of courses on General psychology also changes: some elements of Developmental psychology and Pedagogy were added to the General psychology. It should be noted that in the world in general, and in the USSR in particular 1920-30s years were the time of the heyday of Pedology - the scientific study, which aims to combine different approaches to the study of the child. Ideas of Pedology were also present at the Kyiv University. Psychophysical experiments during laboratory classes included elements of psychological testing for the purpose of dividing pupils into different classes. As an element of teaching, a pedagogical practice was introduced. Students, under the guidance of psychology teachers, learned to compose psychological and pedagogical characteristics of individual students and student groups, thus linking theoretical knowledge and practical observation.

Students' acquaintance with the methods of studying mental processes facilitates better assimilation of complex sections of the lecture course. Teaching and studying psychology has not lost its scientific and research direction and a high level. The teaching staff supported classical university traditions and standards of professional training.

However, teaching within the second branch on the contrary moves away from the actual needs of society and performs an exclusively ideological function. We are talking about the philosophical department of the Faculty of History and Philosophy, in which students studied a large (the total number of lecture hours - 136) psychology course. In addition to the Marxist orientation of psychological knowledge, there is a rough and impenetrable narrowing of the psychological outlook of students who are strictly forbidden to read about unauthorized foreign psychology research. Thus a decline in psychological education begins.

A new qualitative period in the development of psychology at the Kyiv University began in 1944-1945 academic year when the philosophical faculty was revived with its academic department of psychology, headed by professor Oleksandr Mykolaiovych Raievskyi. Student scientific circle began its activity next academic year. In 1947 the University opened a psychological section at the Faculty of Philosophy with a five-year term of education and a section of logic and psychology at the Faculty of Philology. By 1954, these sections had trained about 300 psychologists for the needs of secondary schools and then they were closed due to the termination of teaching psychology in schools.

Subsequently, the psychological specialization was introduced in the philosophical department of the Historical-Philosophical faculty, which aim was to train the psychology specialists. Since the third year of study, the specialization of students-philosophers took place, and one of the specialization areas was psychology. The ideologization of education was very strong, but unlike in the 1930's, the Soviet psychological school was already on its feet. Serious scientific and practical research was made in the fields of engineering psychology, ergonomics, and labour psychology. Students attended specialized lectures "Teachings of Ivan Petrovich Pavlov about higher nervous activity", "Children and Pedagogical Psychology", "Psychology of Labor".